Layout Visits will build on the excellent annual tours organised by the HOMES club. We have 21 layouts confirmed so far, and expect to add a few more by the convention.

Layouts near Mohawk will be open on Saturday afternoon (1:30-5pm). Layouts further afield will be open Sunday from 10am to 4pm so you can see as many as you like on your way home.

A sampling of layouts and photos are listed below

HOMES Club operating Session.  Arrive on Friday afternoon and get the opportunity to operate a large club layout featuring a prototype 1954 TH&B operation, JMRI car forwarding, Digitrax throttles and signature structures (many of the prototypes still exist in downtown Hamilton. See information about this layout below.

Index of Layouts Highlighted Below

Click on the name to take you to the specific layout or scroll down to enjoy each one.

New in the Hamilton area are some public layouts in gardens, restored stations and downtown office buildings and the art gallery. Some of these are only available on special occasions, and we will be providing a guide for these locations.

The O-scale brass locomotives have real weight and presence, and Lex’s representation of the Rocky Mountain scenery is truly stunning.

Lex’s work has been featured in magazines, and recently on a Trainmasters.TV video. See it live!

Craig is an NMRA Master Model Railroader (MMR), and one of the modellers behind the famous St Jacob’s & Aberfoyle O-scale display layout.

Outstanding modelling, highly detailed in the George Stelios style, the HO-scale BS&T is built into Gary’s home like fine cabinetry. Not to be missed!

The last issue of Canadian Railway Modeller magazine will feature this layout. 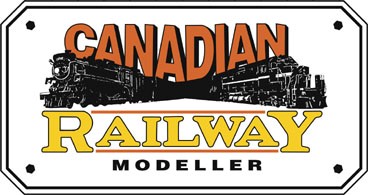 Barry Kelly calls his HO railroad the Plywood Central. It’s a brightly lit, 20’ x 30’ upstairs room with lots of long trains running (at least 7 independently at once, on several levels), lots of structures, including a new steel mill, and – yes – a certain amount of plywood.

Bob is modelling Northern Ontario between Franz-White River & Terrace Bay in the 1950s – but you don’t need to read that: a single look in the doorway, and you’ll recognise the great Northern Ontario scenery!

Bryant Barbour’s HO Eastern Midland Railway is a fictitious railroad based on the agricultural industry and gypsum mines in the Nova Scotia midlands, west of Truro.

John Johnston’s Grand Trunk Southern demonstrates how N scale allows the scenery to dominate the trains. Set in Central Pennsylvania in 1969, this two-level, 11’ x 22’ railway answers the question “What if the Pennsy had become part of CN instead of merging into Penn Central?”

The HO Model Engineers’ Society – HOMES club – is one of the largest operating HO layouts in the area, occupying a 62½’ by 33½’ space.

HOMES is modelling Hamilton in the mid-1950s, including a 28′ long steel mill. The modelled scene also runs through Stoney Creek and Smithville to Welland. Operating focus is on the TH&B railway, with New York Central and Canadian Pacific pool trains, and Canadian National interchanges in Hamilton and Welland.

Track plan, structures, scenery and operations are based on study of prototype plans, timetables, and photographs from the era.

Dave Paterson’s Pennsylvania RR Allegheny Highlands Division is a double-deck HO depiction of the Pennsy’s North Central Region, North of Sunbury in the 1950s, with steam, diesel and even a GG-1 electric under scratch-built catenary.

As you’d expect from an MMR, there are many scratch-built structures and contest models.

Burlington Model Railroad Club (BMRC) models in 3 scales, with HO and N layouts indoors, and a G gauge layout outside.

BMRC’s HO layout has a 200’ main line, a branch line, and two helices.

In N scale, BMRC has a newly rebuilt, point-to-point layout with 90’ of track.

The G-gauge layout is 12′ x 46′, and features 1:24 models of the station building and nearby crossing guard’s tower, and a track plan to show visitors some of what made this such a busy railway junction. There are G-gauge trains running and lots of prototype railway memorabilia as well (Sputnik!). Details at www.freemanstation.ca

Here’s Bob’s explanation: “They say that space is the final frontier, and that is certainly true for model railroaders. We have not acquired more space, so we had to go up. We now have an octagonal helix with about 4.75 turns, and we have more than doubled the mainline run by adding the second level.”

If you follow Canadian model railways on Facebook, this may be the best-known layout in the country! Eric & Darren Davis (photos posted on Facebook by Catherine Davis) run the amazingly densely-packed HO National Pacific Railway.

Over 140 buildings (kit, kitbashed and scratch built), a 6′ scratch-built bridge, a mainline trestle 225’ long and 110’ high, 2 separate operating streetcar lines, a Petro-Canada refinery, operating traffic lights and neon signs – and more trains, vehicles, and details than you will be able to count.

Rick Davis The What If

Rick Davis runs The What If HO railway with lots of locos, street cars, structures, and a display of rail memorabilia.